MIAMI, Jan. 05, 2023 (GLOBE NEWSWIRE) — Motorsport Games Inc. (NASDAQ: MSGM) (“Motorsport Games” or the “Company”) today announced another star-studded entry list has been released for the third edition of the 24 Hours of Le Mans Virtual, the final round of the 2022-23 Le Mans Virtual Series season. The event will take place on January 14 & 15, 2023 and will be held virtually, with the 180 drivers on simulators located all around the world.

The award-winning virtual event continues to be a huge draw for drivers at the top of their game in both the real and sim racing worlds. A fantastic line up of drivers includes two-time F1 World Champion Max Verstappen, former F1 and current INDYCAR star Romain Grosjean, FIA F2 Champion Felipe Drugovich, and FIA F3 Champion Victor Martins. Also among the entries are three-time World Touring Car Champion Andy Priaulx who will be racing with his son Seb – himself a Porsche Carrera Cup North America Champion – in the Le Mans Virtual Cup guest car. They will be competing with INDYCAR’s Felix Rosenqvist, a noted race winner in both the real and virtual worlds, and Luke Browning, GB3 Champion and Aston Marin Autosport BRDC Young Driver of the Year, together with many other well-known names.

In addition to real-world racing stars (listed as PRO on the entry list), internationally-renowned esports stars and former 24 Hours of Le Mans Virtual winners such as Jeffrey Rietveld, Joshua Rogers and Nikodem Wisniewski are on the entry list, to name but a few. Also competing will be James Baldwin, recently awarded the prestigious Autosport Award for Esports Driver of the Year. The roster of talented and determined sim racers who will be combining with the pros to provide twice-round-the-clock racing, rivalry and entertainment is truly impressive and they have multiple esports championship titles between them.

Further details will be revealed in the coming days about individual car liveries, plus how you can follow the 24 Hours of Le Mans Virtual on television, online and on social media channels around the world.

All information on the event can also be found on www.lemansvirtual.com.

About Le Mans Virtual Series
Le Mans Virtual Series is a global, elite esports series made up of five rounds which bring together endurance racing and sim racing top teams to compete on some of the world’s most famous racetracks. International FIA-licensed real-world drivers are teamed up with elite esports squads to take on endurance classics for a total prize fund of US$250,000, culminating in the prestigious 24 Hours of Le Mans Virtual. Le Mans Virtual Series is a joint venture between leading racing game developer, publisher and esports ecosystem provider of official motorsport racing series throughout the world, Motorsport Games, and the Automobile Club de l’Ouest (ACO) – the creator and organizer of the world-famous 24 Hours of Le Mans and promoter of the FIA World Endurance Championship (FIA WEC).

About Motorsport Games:
Motorsport Games, a Motorsport Network company, is a leading racing game developer, publisher and esports ecosystem provider of official motorsport racing series throughout the world. Combining innovative and engaging video games with exciting esports competitions and content for racing fans and gamers, Motorsport Games strives to make the joy of racing accessible to everyone. The Company is the officially licensed video game developer and publisher for iconic motorsport racing series across PC, PlayStation, Xbox, Nintendo Switch and mobile, including NASCAR, INDYCAR, 24 Hours of Le Mans and the British Touring Car Championship (“BTCC”), as well as the industry leading rFactor 2 and KartKraft simulations. rFactor 2 also serves as the official sim racing platform of Formula E, while also powering F1 Arcade through a partnership with Kindred Concepts. Motorsport Games is an award-winning esports partner of choice for 24 Hours of Le Mans, Formula E, BTCC, the FIA World Rallycross Championship and the eNASCAR Heat Pro League, among others. Motorsport Games is building a virtual racing ecosystem where each product drives excitement, every esports event is an adventure and every story inspires.

Forward-Looking Statements:
Certain statements in this press release which are not historical facts are forward-looking statements within the meaning of Section 27A of the Securities Act of 1933, as amended, and Section 21E of the Securities Exchange Act of 1934, as amended, and are provided pursuant to the safe harbor provisions of the Private Securities Litigation Reform Act of 1995. Any statements in this press release that are not statements of historical fact may be deemed forward-looking statements. Words such as “continue,” “will,” “may,” “could,” “should,” “expect,” “expected,” “plans,” “intend,” “anticipate,” “believe,” “estimate,” “predict,” “potential,” and similar expressions are intended to identify such forward-looking statements. These forward-looking statements include, but are not limited to, statements concerning the timing, participants and expected benefits of the final round of the 2022-23 Le Mans Virtual Series season. All forward-looking statements involve significant risks and uncertainties that could cause actual results to differ materially from those expressed or implied in the forward-looking statements, many of which are generally outside the control of Motorsport Games and are difficult to predict. Examples of such risks and uncertainties include, but are not limited to: difficulties, delays in or unanticipated events that may impact the timing and expected benefits of the Le Mans Virtual Series, such as due to unexpected changes in the event participants, as well as challenges that may arise from difficulties, delays or less than expected results in achieving the Company’s growth plans, strategies, objectives and expectations, such as due to a slower than anticipated economic recovery and/or the Company’s inability, in whole or in part, to continue to execute its business strategies and plans, such as due to less than anticipated participation in or viewership of the Le Mans Virtual Series events. Factors other than those referred to above could also cause Motorsport Games’ results to differ materially from expected results. Additional examples of such risks and uncertainties include, but are not limited to: (i) delays and higher than anticipated expenses related to the ongoing and prolonged COVID-19 pandemic, any resurgence of COVID-19 and the Russia invasion of Ukraine; (ii) Motorsport Games’ ability (or inability) to maintain existing, and to secure additional, licenses and other agreements with various racing series; (iii) Motorsport Games’ ability to successfully manage and integrate any joint ventures, acquisitions of businesses, solutions or technologies; (iv) unanticipated operating costs, transaction costs and actual or contingent liabilities; (v) the ability to attract and retain qualified employees and key personnel; (vi) adverse effects of increased competition; (vii) changes in consumer behavior, including as a result of general economic factors, such as increased inflation, higher energy prices and higher interest rates; (viii) Motorsport Games’ inability to protect its intellectual property; and/or (ix) local, industry and general business and economic conditions. Additional factors that could cause actual results to differ materially from those expressed or implied in the forward-looking statements can be found in Motorsport Games’ filings with the Securities and Exchange Commission (the “SEC”), including its Annual Report on Form 10-K for the fiscal year ended December 31, 2021, its Quarterly Reports on Form 10-Q filed with the SEC during 2022, as well as in its subsequent filings with the SEC. Motorsport Games anticipates that subsequent events and developments may cause its plans, intentions and expectations to change. Motorsport Games assumes no obligation, and it specifically disclaims any intention or obligation, to update any forward-looking statements, whether as a result of new information, future events or otherwise, except as expressly required by law. Forward-looking statements speak only as of the date they are made and should not be relied upon as representing Motorsport Games’ plans and expectations as of any subsequent date. Additionally, the business and financial materials and any other statement or disclosure on, or made available through, Motorsport Games’ website or other websites referenced or linked to this press release shall not be incorporated by reference into this press release.

Investors and others should note that we announce material financial information to our investors using our investor relations website (ir.motorsportgames.com), SEC filings, press releases, public conference calls and webcasts. We use these channels, as well as social media and blogs, to communicate with our investors and the public about our company and our products. It is possible that the information we post on our websites, social media and blogs could be deemed to be material information. Therefore, we encourage investors, the media and others interested in our company to review the information we post on the websites, social media channels and blogs, including the following (which list we will update from time to time on our investor relations website):

The contents of these websites and social media channels are not part of, nor will they be incorporated by reference into, this press release.

A photo accompanying this announcement is available at https://www.globenewswire.com/NewsRoom/AttachmentNg/545ec2b9-fd2e-4efb-85d1-03ecabfd2120 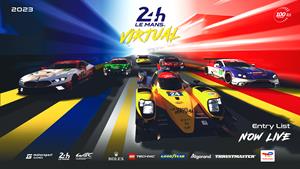 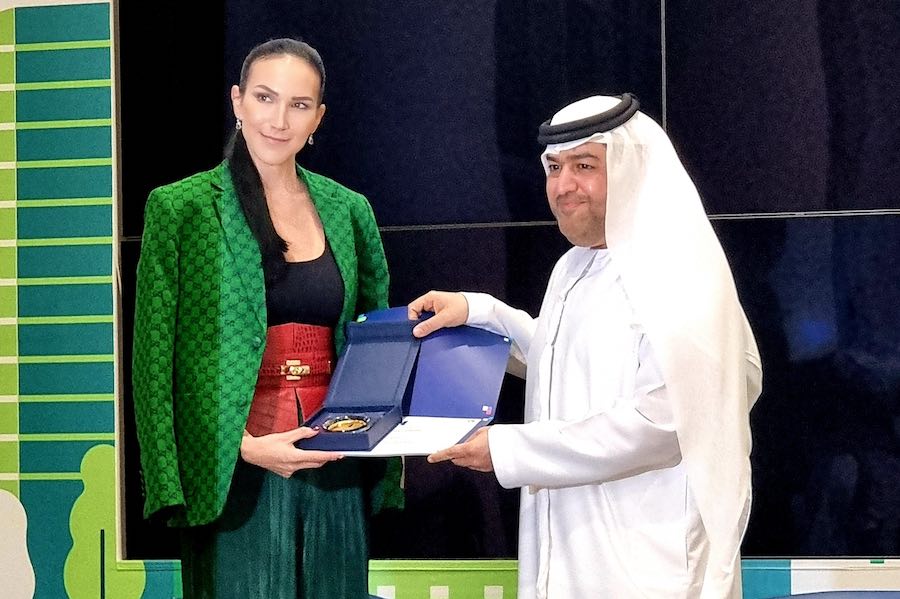 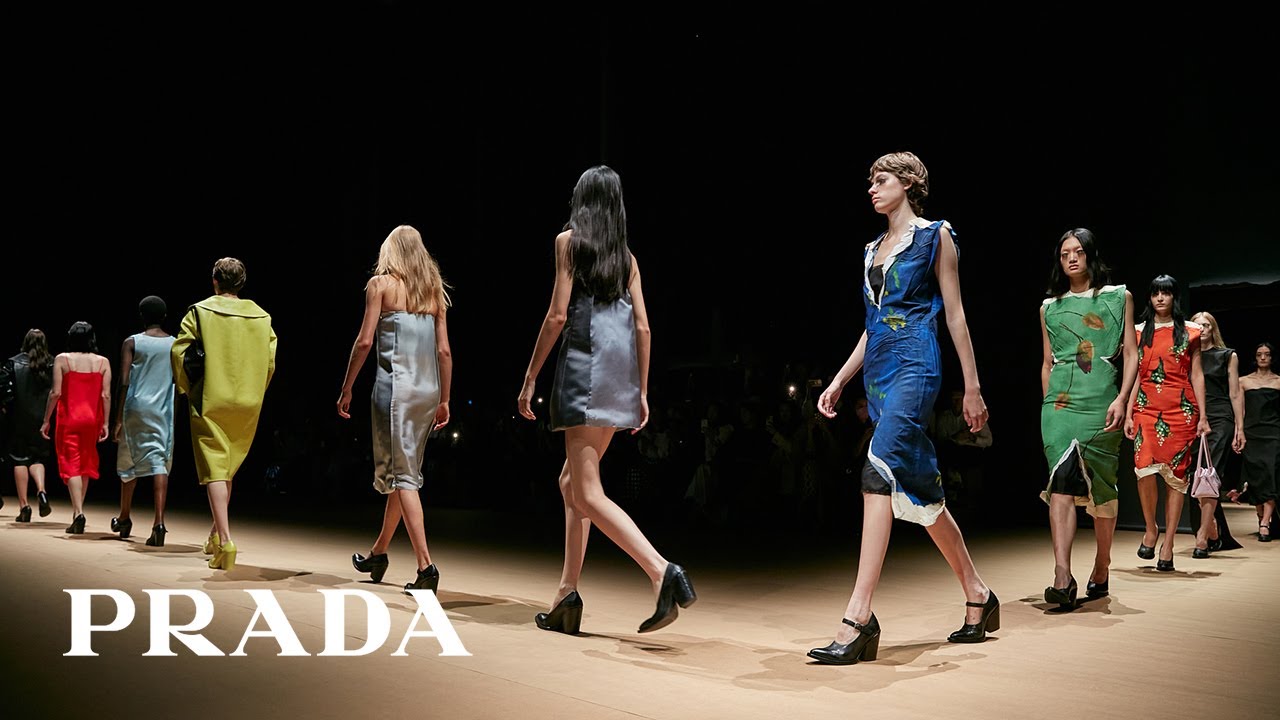