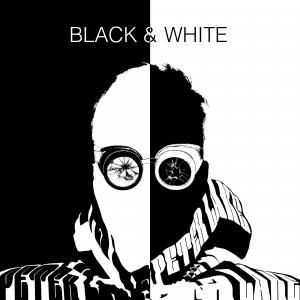 The so-called “Ghost of New York” releases a three-song EP, entitled “Black&White”, on the back of his recent three releases.

Says the artist, “This one doesn’t suck; it’s a real thing.”

The Black&White EP was released last week after a very busy 18 months, in which Mr. Lake has come onto the scene slowly, and then all at once. His popularity is reflected in his millions I’m of YouTube and Spotify streams alone. Yet to say this whole situation is strange would be an understatement. How has an artist come this far, and achieved this level of success, with almost no public footprint, aside from his Instagram?

Black&White is the fourth EP from the so-called “Shadow of New York”, who is more specifically a singer-songwriter of Canadian extraction.

The lead song “Sweet Abyss” is a beautiful sonic journey that features Lake at his best, incorporating electronic hooks that solidify a catchy, albeit dark, chorus. The song moves from a smooth melody to primal screams.

The other two songs, “Figure it out” and “Flowers and Rain” have that strange familiarity of songs that are so organic they seem timeless from the first listen.

“Flowers and Rain” in particular, which features Charley Drayton on live drums and Richard Fortus of Guns ‘n Roses fame on electric guitar, gives the listener a sense of motion and action, accentuated by a beautiful and addictive hook.

Asked later via Instagram DM whether Mr. Lake hoped these songs would go mainstream, he responded as follows: “My goal in the years ahead is to be the greatest singer-songwriter of all time. So yes, I’m thinking mainstream!”

Further inquiries can be directed to Shannon Hanney, who can be reached via email: shannon@peterlakesounds.com

Peter Lake is a Canadian born, New York City based singer-songwriter who revels in anonymity.

In an age where privacy is rare, Peter is convinced that his ability to create music is protected by his anonymity, and by working with unconventional partners in an attempt to avoid the constraints of traditional record deals, which often consider recorded music as a means to promote tours.

Peter is the first of a kind: an artist who will only do live concerts via a web-based platform, thereby freeing him to focus exclusively on writing and recording new, original music that crosses all genres. In the process, Peter has assembled one of the largest singer-songwriter catalogues in the industry. His musical influences include Neil Young, Max Martin, David Bowie, Motown, and Drake.

It’s no surprise that his songs are hard to place, often flying between (and combining) House beats, crunchy guitar riffs and “traditional chants and natural sounds.”

From what we learned in our conversations with the artist, humility does not come naturally. On the other hand, it’s hard to consider his views as arrogant, given the intense sincerity with which he describes his plans. When asked about his goal, he replied as follows:

“my goal is to wake up every day and make music, and one day through that process write and perform what will later be seen as the greatest song in history, a song that will define humankind for centuries.”

We wish you luck on your quest, Peter Lake!

The post Peter Lake, The World’s Only Anonymous Singer-Songwriter, Releases His 2nd EP of 2022: ‘Black&White’ first appeared on Music News. 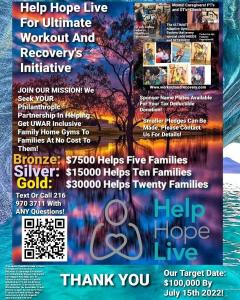