February 23, 2021 – The Eastern Florida State College Foundation recently announced
three 2021 Distinguished Alumni, surprising each with the announcement, presentation
of their awards and yard decorations at their homes.

“We are thrilled to recognize these distinguished EFSC alumni,” said EFSC Foundation
Board Chair, Bill Row. “EFSC is the foundation for the success of so many of us here
on the Space Coast. It is an honor to showcase them and the impact they have had on
their community.”

Here is more on each honoree.

Cadore is a community leader with more than three decades of experience in education,
public safety, civic and community engagement, and mentoring. He currently serves
as the Associate Provost for Eastern Florida State College and adjunct instructor.
In November 2019, he retired from the Rockledge Police Department and now serves his
city as a Rockledge city councilman.

A 1990 EFSC graduate, Cadore holds a master’s degree in Management and Leadership
from Webster University and a Bachelor of Science Degree in Corrections & Administration
of Justice from Eastern Kentucky University. He is currently a Doctoral of Education
student at Capella University.

Before becoming a law enforcement officer, he earned national recognition at Eastern
Kentucky University as a record-setting kick returner. After college, he was drafted
into the National Football League by the New Orleans Saints. He finished his professional
football career in Montreal, Canada. In 2014, he was inducted into the 2014 Space
Coast Sports Hall of Fame and in 2020 he was inducted into the 2020 Eastern Kentucky
University Athletics Hall of Fame. 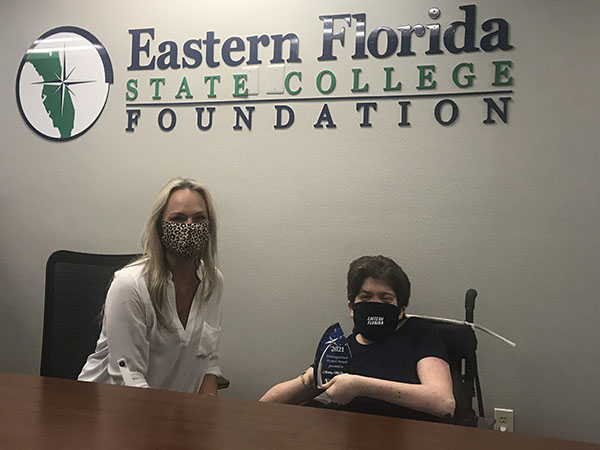 McGrath graduated from EFSC in 2006 with her A.A. Degree.

She was no ordinary student.

She was born with Campomelic Syndrome, a rare genetic disorder that includes symptoms
such as deformed bones and muscle weakness. She was not supposed to live past her
first birthday.

She was in the Phi Theta Kappa Honor Society, an All-Florida Academic Team member,
a Citizen Scholar and earned numerous awards.

She earned both a Bachelor of Arts Degree in Sociology with a minor in Psychology
and a Master of Arts in Applied Sociology from UCF. In 2020, she was recognized by
the UCF Space Coast Chapter Alumni Chapter with the prestigious Notable Knight Award.

She is a published author, a blogger and a voracious volunteer. 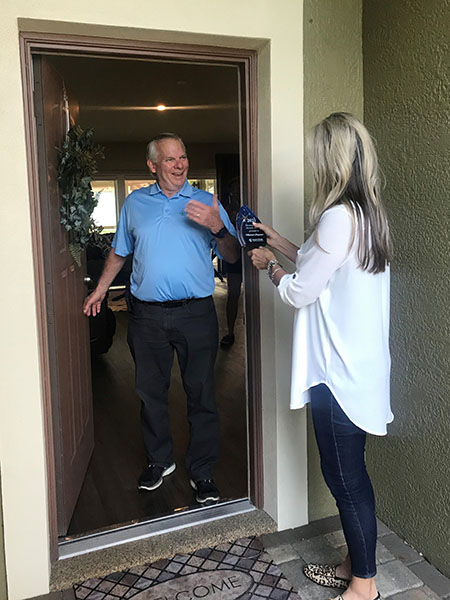 In 1985, he was hired as a Special Agent (SA) with the United States Treasury Department,
Internal Revenue Service, Criminal Investigation Division. In addition to his SA duties,
he was assigned as the Use of Force Training Coordinator for the Tampa Field Office’s
80 Special Agents.

Michael was also assigned to the United States Secret Service assisting with dignitary
protection details during election years. In 2007, he retired from this Federal law
enforcement agency after serving for 32 years.

In 1985, Stephens joined the United States Coast Guard Reserve performing search and
rescue missions while assigned to Port Canaveral, Florida. He later transferred to
the Department of Homeland Security, Coast Guard Investigative Service, as a Special
Agent. His duties included criminal investigation and dignitary protection. He retired
from military service in 2012 after serving for 27 years.

Stephens is currently a sergeant with the Brevard County Sheriff’s Office Reserve
Unit. He provides security to the citizens of Brevard County and is assigned to lead
the Dignitary Protection Unit. This is a voluntary unit where he is a fully certified
law enforcement officer.

He is employed as the manager in charge of the Security Division for the Orlando Utilities
Commission. He directs the activities that secure the critical infrastructure of this
utility company.

The EFSC Foundation will be accepting applications for the 2022 Distinguished Alumni
Award in July.

For more information about the EFSC Foundation, scholarships and the Distinguished
Alumni Award, visit easternflorida.edu/foundation or contact us at 321-433-7055.