What would MultiVersus look like with a Smash Ultimate-sized roster?

Enjoy parades, music and magic as holidays jingle all the way

Celebrity Women Who Had Their Breast Implants Removed – SheKnows

Who Is Iris? Fans Have a Chilling Theory

You’ve never seen so much red velvet. Crimson drapes across the ceiling of London’s Piccadilly theatre, past the crystal chandeliers, the lit-up windmill, the blue jewelled elephant and the neon sign that reads: Moulin Rouge. On stage, there are fishnets, ruffled skirts, sequined bustiers and extravagant feather headdresses. All to make you feel as if you’ve been transported to Paris’s seedy Pigalle circa 1899. Rest assured, if you loved Baz Luhrmann’s 2001 film, the one with Ewan McGregor and Nicole Kidman singing Elton John in a collision of belle époque and 20th-century pop, you will get what you’re looking for here.

Moulin Rouge! The Musical does not drastically reinvent its source material. “We’ve all been to that adaptation where you’re like: ‘What did you do to ET? Why is ET a serial killer?!” says director Alex Timbers. “Our goal is that in the first five minutes” – the show opens with a blistering rendition of Lady Marmalade – “your shoulders go down, phew, and you realise everyone who made this loves the movie too.”

Luhrmann’s film, which took $179m at the box office, was the final part in his “red curtain trilogy” after Strictly Ballroom and Romeo + Juliet, and the most flamboyantly OTT of the three, a fast-edited onslaught of maximalist glamour. A love story about penniless songwriter Christian and cabaret star/courtesan Satine, it’s an ode to theatrical dreamers, so not surprising it ended up on stage, winning 10 Tony awards on Broadway and now opening in London and Melbourne.

The book, written by playwright John Logan, mostly shares the same plot as the film, but there are minor tweaks. “The requirements of theatre are different,” says Timbers. “You need protagonists with agency who are always making active choices.” So courtesan Satine gets a bit more clout, and the love triangle between her, Christian and the Duke is made more difficult. “This is all with Baz’s blessing,” adds Timbers.

The movie may be theatrical, but its style is characterised by a lot of things that can only be done in the edit suite: jump cuts, closeups, whip pans and other effects. Getting the same feel on stage has been a challenge. For music supervisor, arranger and composer Justin Levine – tasked with merging 70 songs from the last 120 years of popular music, plus original material, into a score crammed with medleys and mashups – music was a way to do that. “You can jump cut to a song, you can crossfade between songs, and sometimes hearing two songs at the same time gives you that sort of delightful dizzying effect that I find so thrilling in the movie,” he says.

“The song is the closeup,” says Timbers – it’s the moment we zoom in to what a character’s feeling. “And I think your lighting designer [in this case Justin Townsend] is your editor, focusing your eye: Look over here! Look over here!”

Then there’s the choreography, created by Sonya Tayeh, an Emmy nominee for her work on US TV show So You Think You Can Dance, as well as choreographer for Kylie Minogue and Florence + the Machine. Her work uses the power and snap of commercial choreography alongside the rich lyrical possibilities of modern dance (Twyla Tharp is a major inspiration).

“I play a lot with momentum and suspension,” says Tayeh, describing her experiments with tempo and freezes; she can mimic an editor’s tricks, like a “speed ramp”, with a sudden acceleration, or subvert what the music’s doing, hitting the brakes when the song is gathering pace. “You have a book that you’re following and you have to make it come alive,” the choreographer adds. “Turning it into a pop-up book, lifting up the words in a really colourful way.”

Tayeh, who spent her teens clubbing in Detroit, is using dance to provoke emotion and drive narrative, not just as pretty decoration. “This cast have been so eager,” she says. “They take such big bites of it, they have so much heat and energy.”

On stage the cast are readying for a tech run, and Christian (played by Rada-trained American actor Jamie Bogyo) and his bohemian friends Santiago and Toulouse-Lautrec are rehearsing a scene where they espouse a version of the show’s credo in song – “Freedom, beauty, truth and love” – before segueing into T Rex’s Children of the Revolution. That’s typical of the musical swerves the show makes.

New musicals using existing pop songs are everywhere now, from Jersey Boys to & Juliet, but they weren’t so ubiquitous when the film came out 20 years ago. It’s a device that serves the story well. Christian is supposedly a gifted songwriter. “You’ve seen plays, right, where someone says they’ve written the greatest poem, or book or song,” says Timbers, “and at some point in Act II they’re going to have to read it and you’re like, hmm, I give it a B+. Here the outrageous conceit is that Christian has written all the great songs that you love.”

The effect of familiar music, of course, is instant connection with the audience (and all their associated emotions and memories of those songs). “The earworm is immediate,” as Timbers puts it. Levine has updated the soundtrack to include songs from the last 20 years, such as Katy Perry’s Firework and Lady Gaga’s Bad Romance. Rather than just stringing together hits, he approached the songs as material to compose with, switching the order of lyrics to tell the story in hand, or cutting to another song when the first has served its purpose. “Often great popular music isn’t a conversation,” he says, “it’s one singular expression. I Can’t Get No Satisfaction – from the minute that song starts you’re not going to learn a lot more.”

There’s an argument that the jukebox approach is a kind of dumbing down, and that it’s making it harder to get wholly original musicals made. Levine says it’s hard to get any musical made these days, yet, “I think shows like Hamilton and Dear Evan Hansen prove there absolutely is an appetite for original material.” There has always been a porous line between the stage and pop music worlds, he says, pointing to when the pop stars of their day were recording Broadway songs by Cole Porter or the Gershwins. “There was a much more symbiotic relationship between popular music and musical theatre then,” he says, but it continues. “Jay-Z seems to be a big fan of Annie,” says Levine referring to the rapper’s version of Hard Knock Life. “And last time I checked, 7 Rings by Ariana Grande [based on My Favourite Things] had 1.5bn streams on Spotify.” When Luhrmann made Moulin Rouge, he was just reversing that tradition.

Luhrmann himself wasn’t involved with the initial creation of the stage musical. He and his wife, designer Catherine Martin, saw an early workshop and shared their thoughts. “And I was really humbled by how constructive they were and gracious,” says Levine. Once on Broadway, however, Luhrmann co-produced the cast album with Levine and producer Matt Stine. “He’s a very musical person,” says Levine. “Baz hears and notices everything. He has a hyperactive thought process. There would be all these little references, some of which were maybe only for mine and Matt’s benefit and Baz would catch them.”

“To work in the Piccadilly theatre which has this rich history, for two dopey Americans, it’s really neat,” says Timbers, looking at Tayeh as we sit backstage on velvet chairs. And they’re sincere about how deeply they love the show, more than you might expect for a raucously entertaining knees-up, which some New York critics applauded more for its style than its substance. “It’s a beautiful message of family and community and pride in who you are and really living for something you believe in,” says Tayeh. “It’s a celebration of individuality and self-expression, sacrifices for art, and sacrifices for love.”

They’re approaching it from every angle with high passion. “It’s like a blenderised version of Traviata, Bohème, Romeo and Juliet and the Orpheus myth, so you have to be operating on that level,” says Timbers. “It’s about daring greatly, believing boldly, and loving blindly.” 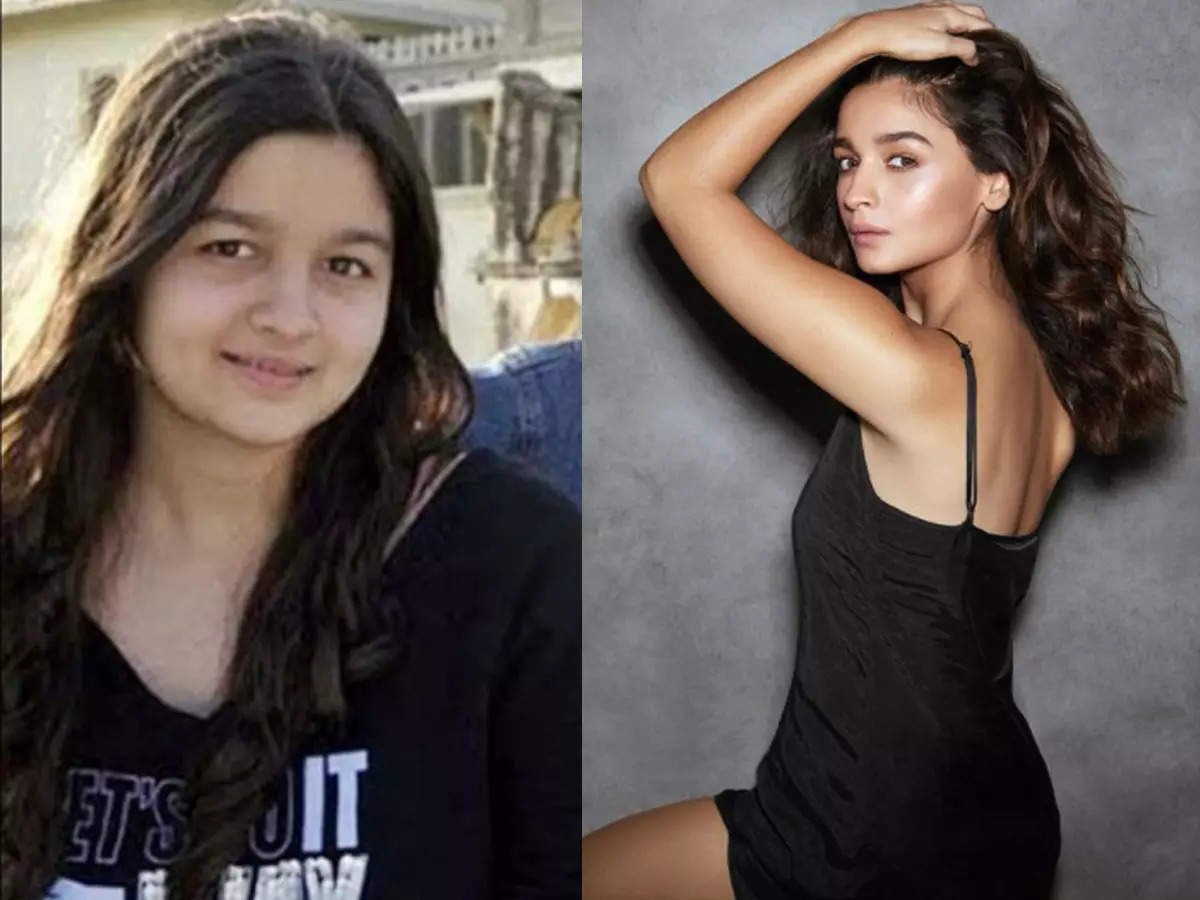