THE BAKERS AT THE BAKER

Love is the most important thing in the world, but baseball is pretty good, too,” according to Yogi Berra. The folks at The Baker Museum couldn’t agree more. They’re hoping to hit one out of the park this season with a double header of exhibitions designed to draw fans of both art and sports through the doors of the freshly renovated facility on the Artis—Naples campus.

Opening on Saturday, the two exhibits are drawn from the personal collections of the museum’s namesake donors, Patty and Jay Baker. The shows will occupy the museum’s entire third floor through May 15, 2022, where visitors will be able to hear the crack of the bats and roar of the crowds while they browse an extensive collection of antique baseball memorabilia. Then, perhaps more quietly, they can peruse a selection of fine art by heavy hitters in the art world.

The complementary exhibits celebrate the Bakers’ collecting passions. “Baseball Heroes: Works from the Jay H. Baker Collection” showcases Jay’s affection for the iconic ballplayers associated with the New York Yankees over multiple golden eras. “Love in All Forms: Selections from the Art Collection of Patty and Jay Baker” focuses on the Bakers’ fine art collection, an area where Patty takes the lead in searching out paintings, sculpture and works on paper. 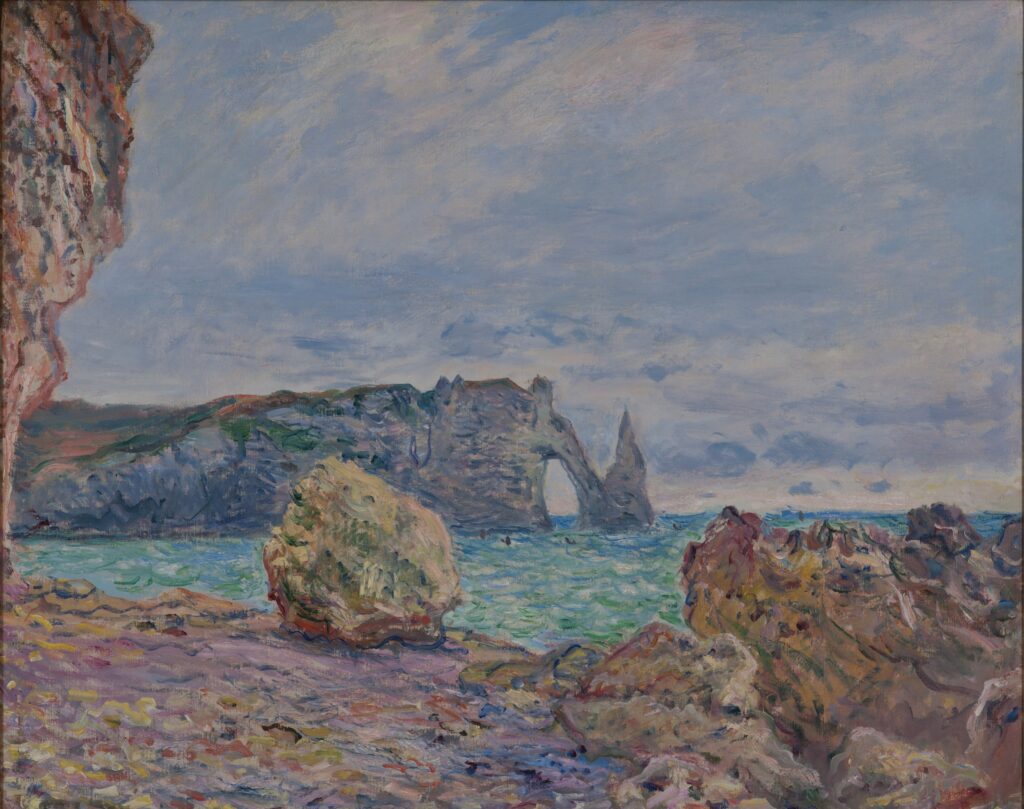 “The opportunity that we have by pairing the Bakers’ baseball collection with their fine art collection is to really flesh out who the Bakers are as people, as collectors, and what their philosophy is,” says Courtney McNeil, the museum’s director and chief curator. “It really reflects the broad range of the Bakers’ interests in the visual arts and the fact that they collect out of love, truly love, in all forms.”

Well known in Naples and beyond as extraordinary supporters of arts and culture as well as a broad range of medical and social services, the Bakers stand out in a town of generous givers. 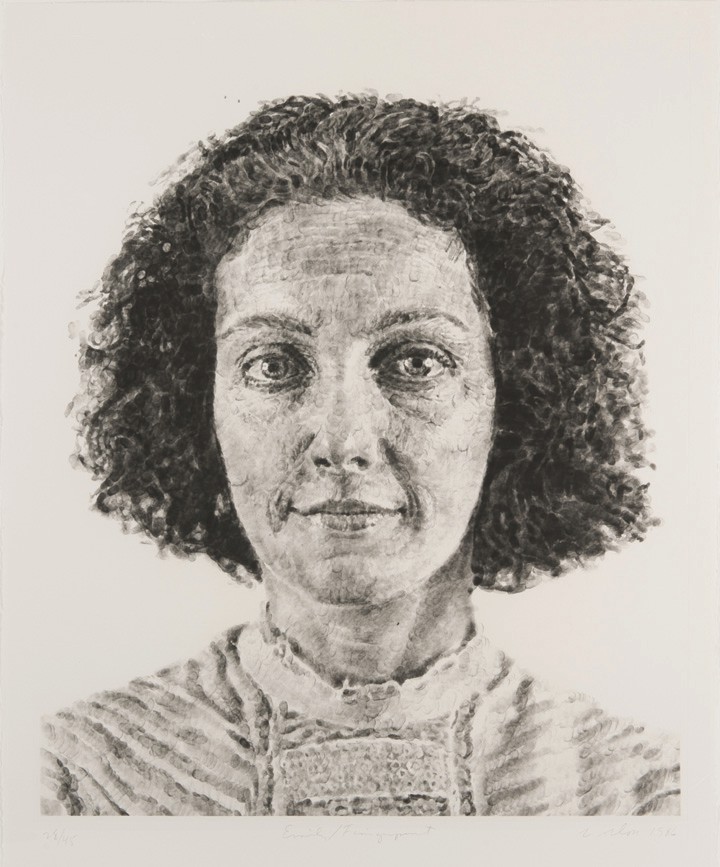 Their most recent initiative is a $2 million challenge grant to The Naples Players, announced at the end of September. It will be used to match community donations for the expansion and renovation of the Players’ Sugden Community Theatre facility in downtown Naples.

The couple firmly believes in giving back to the place where they live. As Patty often says, “We lay eggs where we nest, and Naples is our nesting home.”

When it comes to acquiring art, it’s not surprising to find that the Bakers are team players. They only purchase things that appeal to them both, Patty notes. “Usually, it works really well,” says Jay. “We don’t buy anything without the other’s approval,” adding with a chuckle that it would be really tough to live with a work of art that one of them dislikes. 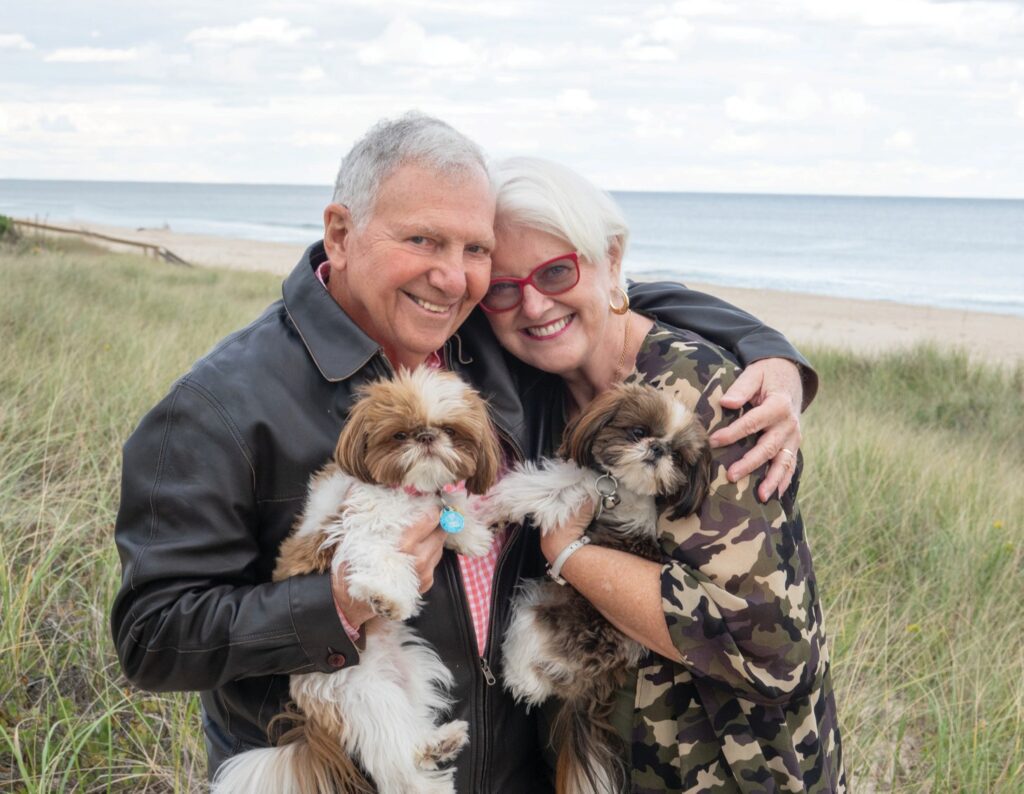 Pride of place in “Love in All Forms” goes to an oil painting by the renowned Impressionist, Claude Monet, dating from 1884. The canvas shows a beach scene near the French coastal town of Étretat, where Monet often painted the chalk cliffs and striking rock formations in his shimmering, ephemeral style.

Another favorite of the Bakers in the exhibition is a two-sided painting by Abstract Expressionist Hans Hofmann. Born in Germany, Hofmann emigrated to America in 1932. Influential both as an artist and a teacher, Hofmann is known for his bold color and muscular, abstract forms. “It’s very special, very colorful and vibrant. We love color and we love dramatic art,” Patty observes.

Visitors will also find work by an all-star lineup of 20th-century artists and sculptors. Henri Matisse, Fernand Léger, Henry Moore, Claes Oldenburg, Chuck Close, Franz Kline and Duane Hanson are just a few of the major figures in the show. 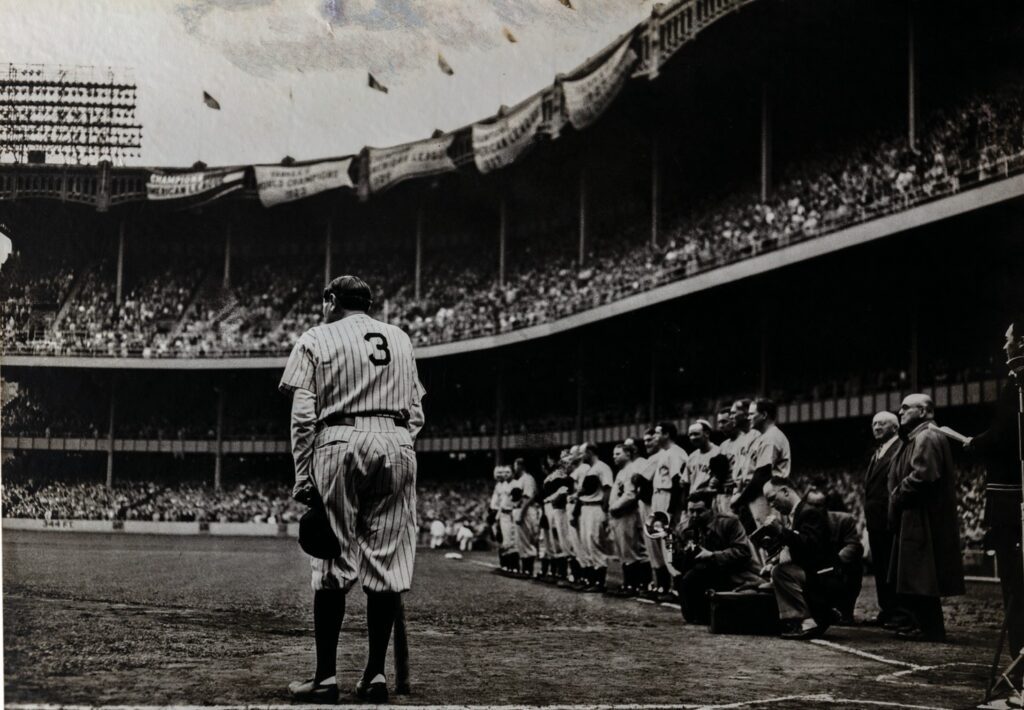 One less familiar artist, though, may have even seasoned museum-goers pausing for a second look. Three canvases and two works on paper dating from the 1920s and ‘30s represent Tamara de Lempicka, a Polish artist who painted in a glossy, Cubism-meets-Art Deco style. Her paintings of high-society women of her era have a cold elegance and strange intensity.

“I’ve been a Yankees fan since I was about six years old. I collected baseball cards and comics as a child but my mother threw them out after I left home,” Jay says about his first forays into collecting. As a boy growing up in Flushing, New York, during the 1940s, he idolized Mickey Mantle and other early greats such as Babe Ruth and Lou Gehrig.

But it was a well-timed holiday gift from Patty that sparked his collecting journey as an adult.

“I had purchased one ball signed by Ruth and Gehrig. By accident, the company sent a second ball just as we were leaving for vacation, also signed by both,” Patty says. The two balls were originals, used in games from the 1930s. She paid for the second one and decided to let him choose the one he wanted after he opened them at the holiday.

“He opened the first one and was thrilled. When he got to the second one, I thought he was going to faint. I asked which one he’d like to have and he said — gulp — both! His decision. I was thrilled, he was thrilled, so no way was I going to disappoint him,” she concludes.

Jay gradually began to acquire more vintage Yankees memorabilia, sometimes with the help of an advisor, Peter Siegel. Today, the walls of their Naples home are studded with blue-chip art and a vast assortment of baseball uniforms, awards and other poignant relics of the team’s players.

“I was told by someone at the Baseball Hall of Fame that I have the greatest private Yankees collection they’ve ever seen,” Jay says.

Approximately 130 objects from his holdings will be on view in “Baseball Heroes.” One of the many rare things that will have sports fans crowding in for a look is the original contract by which Babe Ruth, the storied ‘Sultan of Swat,’ was traded to the Yankees from the Red Sox in 1920. Also among the Bambino rarities are the earliest known baseball signed by Ruth alone and his game-worn jersey and pants from the 1930s.

Baseball aficionados also won’t want to miss the cap worn by Lou Gehrig when he made his famous “I’m the luckiest man on the face of the earth” speech upon retiring from the game in 1939, after he was diagnosed with amyotrophic lateral sclerosis (ALS), the degenerative disease that led to his death just two years later.

“It’s really unique for an art museum to be exhibiting baseball memorabilia,” observes Ms. McNeil. “We really went all in with the design for this show. The idea behind the design is that of a memory box. What you’ll see when you walk into the show is a series of galleries painted with rich, deep wall colors and massive frames on the walls that have white wooden backings. They’re like oversized memory boxes that group individual objects together to tell a little story within each box.” The exhibit also features documentary photographs and videos that give viewers a sense of how deeply the sport has been woven into the fabric of American life.

With the guidance of guest curator H. Nichols Clark, the exhibit is shaped around the careers of five outstanding Yankees: Babe Ruth, Lou Gehrig, Joe DiMaggio, Mickey Mantle and Derek Jeter. The story begins in an introductory gallery that presents a baseball glove from each hero.

“We decided to start the exhibition with these gloves because they represent all five players, Ms. McNeil explains, “and also because a glove is a really intimate object. A glove is on a player’s hand for hour after hour after hour. The wear and tear that you see on those gloves in the gallery is a really personal connection to each of those players themselves.”

After that, individual galleries are devoted to each of the players. The lion’s share of real estate, however, is occupied by Mickey Mantle. One of the great legends of baseball, Mantle was a player Jay grew up following during his youthful trips to the ballpark.

“In the Mantle gallery, you will first be struck by the sheer volume of things,” Ms. McNeil says. “It has the most objects. It has the most space, deliberately, because Mickey Mantle was Mr. Baker’s favorite player. So you’ll see multiple uniforms worn by Mickey Mantle. You’ll see his MVP awards as well as a really sentimental object. It’s this incredibly battered old baseball. On it, in his own hand, Mantle writes, ‘My first home run in the majors.’ He kept that ball himself for years and years and years.”

Among the many other highlights in the players’ galleries are the monogrammed bags carried by Babe Ruth and Lou Gehrig when they traveled the country for games and barnstorming tours, notes Ms. McNeil.

“You can see the two men’s personalities captured in these travel bags. Babe Ruth got a new bag every year because he was the superstar. Lou Gehrig, on the other hand, was incredibly productive. He was nicknamed the ‘Iron Horse’ for a reason, because he produced so much in terms of home runs and runs batted in for the Yankees. He was an accomplished baseball player but an incredibly humble and modest guy. His bag is completely beaten up and scratched and worn, because he was happy to carry his bag year after year, as long as it functioned.”

The final gallery of the show offers a general celebration of the New York Yankees’ achievements, with World Series rings, pocket watches and trophies from the 1920s to the 1990s. It also displays Jay’s newest pride and joy, the original home plate from the first Yankee Stadium, which was removed in 1973 when the Bronx stadium was being renovated.

“I am still collecting now but it’s much harder now to find great things. This year, I got the first home plate from the first Yankee Stadium. All the great players touched it,” Jay comments. “It’s so exciting, so moving,” he adds, not just to have things such as this but to be able to share them with the community this season. ¦

— Janice T. Paine is a Naples- based freelance writer who specializes in art topics.

Baseball Heroes: Works from the Jay H. Baker Collection Love in All Forms: Selections from the Art Collection of Patty and Jay Baker